LD Terrace in Lesic Dimitri Palace in the Old Town on the island of Korcula, and Boskinac in Novalja on the island of Pag, are the sixth and seventh restaurants to receive the honor of a Michelin star in Croatia.

“This year’s selection reflects the positive trends on the Croatian food scene, all around the country. With a total of 70 restaurants in the Guide, Croatian cuisine is evolving and improving, especially by concentrating the energies of the chefs into selecting the best meat and vegetables from the local territories and the freshest fish from small-scale fishing,” Gwendal Poullennec, International Director of MICHELIN Guides, said.

Situated on the road which runs around the picturesque historic centre, this restaurant offers an outdoor area for alfresco dining in fine weather – just a few metres from the water – with a romantic view of the sea, the islands and the peninsula. Superb Mediterranean cuisine with a focus on local products, especially olive oil and excellent fish (don’t miss the sea bass! ), as well as more exotic ingredients and creative touches which come as a pleasant surprise. More limited choice at lunchtime.

Despite its location on a long, narrow island, this hotel has no views of the sea – and this is perhaps the only thing missing at this splendid property, where the elegant ambience and beautiful surrounding Mediterranean scenery more than compensate for the lack of seascapes. Everything here combines to offer an idyllic stay – the bucolic silence perfect for a relaxing holiday, the elegant guestrooms, the unforgettable breakfast and, last but not least, the cuisine which, as soon as the weather allows, is served on the beautiful terrace surrounded by greenery. Pag island’s specialities take pride of place on the menu, from its olive oil and cheese to lamb, fish and, of course, wine.

The third edition of the Michelin Guide Croatia has been released, and Croatia is the proud recipient of two new Michelin star awards for Zagreb’s Noel and Lovran’s Draga di Lovrana, winning five Michelin stars in total.

Noel and Draga di Lovrana now accompany Rovinj’s Monte restaurant which was awarded the very first Michelin star in Croatia in 2016, and Dubrovnik’s 360 and Sibenik’s Pelegrini which were awarded Michelin stars in the second edition (2018) of the Michelin Guide Croatia.

“This selection shows the potential of the Croatian gastronomic scene, enriched by multiple influences; from Mediterranean tastes in Dalmatia, Italian influences in Istria and Slavic tastes from Zagreb to Slavonia, which together creates a unique culinary identity,” says Gwendal Poullennec, international director of the MICHELIN Guides. 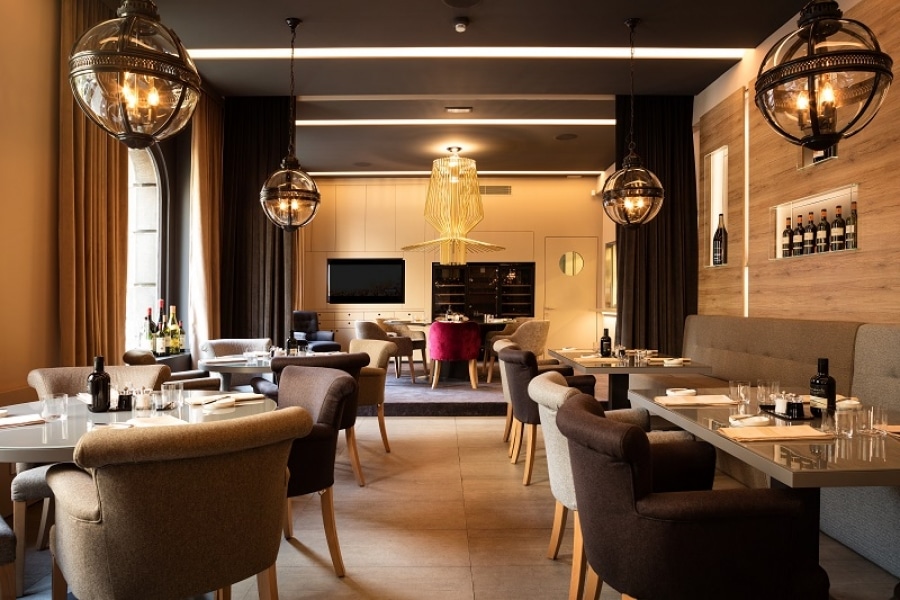 A fashionable restaurant with soft lighting and trendy, internationally inspired furnishings, where guests can enjoy exciting, colourful cuisine prepared by the owner-chef. The delicious modern and creative dishes served here are accompanied by a selection of Croatian, French and Italian wines carefully chosen by the sommelier-partner. – MICHELIN guide inspectors 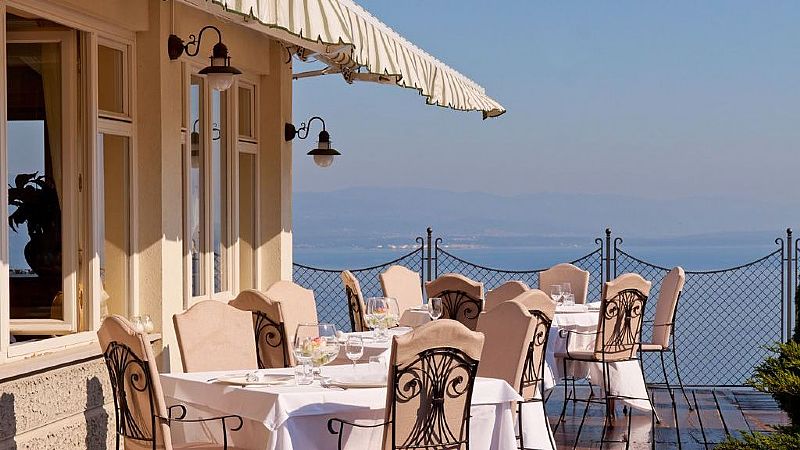 The chef prioritises locally sourced produce in recipes which are balanced and of the highest quality, creating modern, imaginative and highly memorable dishes. Breathtaking location, with views from the dining room and outdoor terrace, plus a choice of attractive guestrooms. – MICHELIN guide inspectors

In addition to the new starred restaurants, four restaurants are distinguished with a Bib Gourmand distinction given by Michelin to restaurants that offer a good quality menu for a low price: Batelina in Banjole, Konoba Vinko in Sibenik, and Agava and Tac in Zagreb.

Michelin’s 2019 Croatian selection shows a positive evolving trend for Croatia, as seven new restaurants have also been added to the 2019 selection of Michelin recommendations. 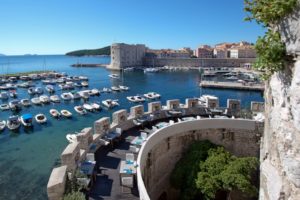 A striking restaurant built into the historic town walls sit on the curved battlement terrace for an impressive view of the old port. The sexy cocktail bar and lounge has intimate booths and the modern open kitchen features a decorative tank teeming with fish. Classic dishes are presented in a modern style.
– MICHELIN guide inspectors 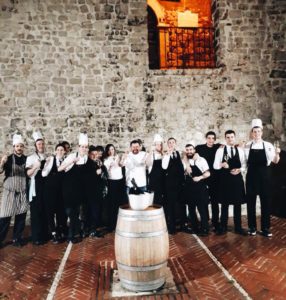 Situated opposite the beautiful cathedral of St James, this restaurant has a few small tables arranged outside on the steps in summer and is named after the fine old building in which it is housed. The decor here is a light, elegant mix of old and new and the service excellent. “Rudi” Stefan, the self-taught owner-chef, puts plenty of energy into expressing the best of himself and the region, creating modern meat and fish dishes from top-quality ingredients. The tasting menu allows you to create your own dining experience by choosing the exact number of courses you require and the individual dishes which tempt you. – MICHELIN guide inspectors

Rovinj’s Monte restaurant was awarded the very first Michelin star in Croatia in 2017. Since the, the gourmet scene in Croatia is on the rise. 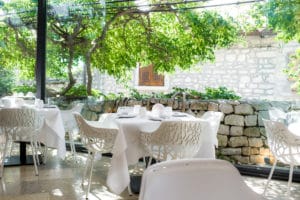 The cool, contemporary style of this softly lit, romantic restaurant comes as a contrast to the old town, in whose enchanting lanes it is hidden. Creative and occasionally theatrical, the cooking is also somewhat of a surprise using modern techniques to create beautifully presented, flavour-filled dishes. – MICHELIN guide inspectors

12 other restaurants in Istria also have special recommendation in the prestigious Michelin guide:

Currently there are just slightly over 2,700 restaurants around the world with Michelin Stars. Most of those are located in France, followed by Japan and Italy. Now that Croatia has made its entry in the prestigious Michelin Guide, we’re hoping to see more Croatian restaurants follow Monte in the future years.

The full list of Croatian restaurants recommended by Michelin is available at Michelin – Croatia Restaurants and is also shown below.

Congratulations to all restaurants!