One of the most popular questions from wine enthusiasts visiting Croatia is whether Zinfandel truly originated from Croatia. In short, yes.

Then, in 2001, researchers finally got it right. Through DNA profiling, Dr. Carole Meredith, with the help of two Croatian researchers at the University of Zagreb, Dr. Ivan Pejic and Dr. Edi Maletic, determined that the true origin of Zinfandel (and Primitivo) is a grape called Crljenak Kastelanski. 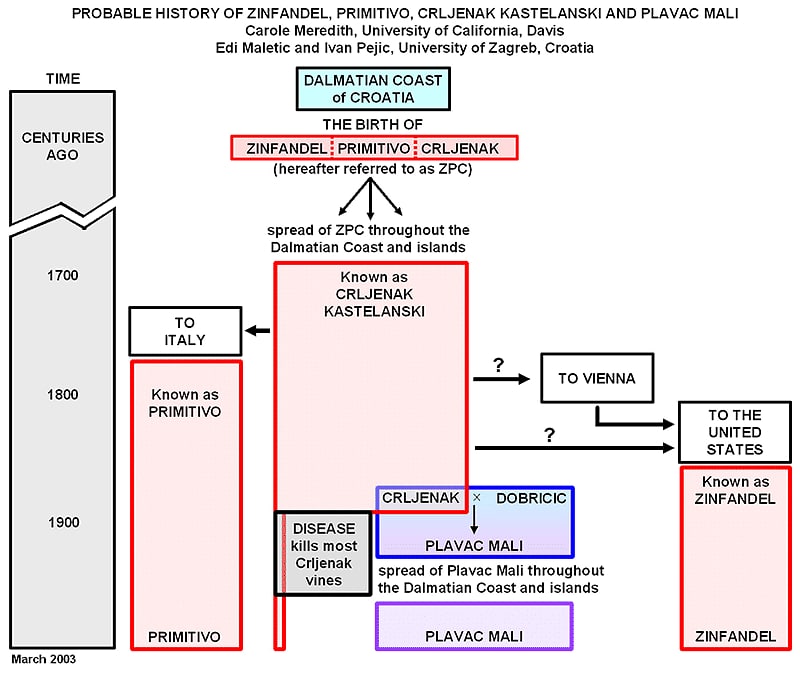 The origins of Zinfandel, revealed through DNA research (Courtesy of Carole Meredith)

Crljenak Kastelanski, Primitivo and Zinfandel grapes were a perfect DNA match, and Plavac Mali turned out to be what Dr. Meredith calls ”a son of Zinfandel,” a cross between Crljenak and the Dobricic grape.